Get the latest creative news from FooBar about art, design and business.

The product that practically defines the success of a new cryptocurrency is the Initial Coin Offering (ICO). Startups utilize an initial coin offering (ICO) to acquire funding for the launch of their own cryptocurrency; the quality of the ICO influences how many investors are interested in their concept.

Every aspect of this project is planned and established during the ICO development process. People employ ICO development companies that are skilled at what they do in order to construct a profitable ICO. From the design through the development of the token, everything is based on the client’s vision of a cryptocurrency.

We have 10 best international ICO development companies to consider for people who are interested.

We are early adopters of ICO development services and we help companies to launch their own ICOs. At Boxfy, we provide an all-inclusive infrastructure such as token creation, distribution, ICO platform hosting, landing page design, and an extensive list of digital marketing services. Our Token Development Services team of skillful developers has in-depth knowledge and extensive experience in developing and maintaining various blockchain applications in Fintech, insurance, DMS, Gaming, and ICO. By introducing their own token and with popular fundraising methods like ICO, IEO, or STO these companies are supporting their project, product, or operation with the help of cryptocurrencies.

This Indian development business claims to be able to bring your ICO to life in just two weeks. They work in the sectors of blockchain, cryptocurrency and exchanges, digital wallets, and marketing for security token offers (STOs). They even only accept bitcoins as payment.

They provide three different ICO development packages at various rates. The Basic package just covers the essentials and excludes ICO marketing. Meanwhile, the Medium package includes the same plus marketing, and the Premium plan includes everything plus legal services.

Zab Technologies is a multi-award-winning Blockchain development firm with extensive experience in Initial Coin Offering (ICO) services. Their high-end crew, based in India, works with clients all over the world and has helped a number of ICO owners take their profits to the next level. The company’s main focus is on ICO solutions, which include everything from digital wallet development to smart contract construction, ERC token creation, and Ethererum to coin logo design and ICO website development.

They’ve got a fantastic staff on board, with masterminds working on everything from creative designs to real-time execution! They cater to products that move the customer into high-powered yields thanks to their seasoned masterminds.

A company that specializes in ICO and Token development, as well as a wide range of other software services. They offer ERC20 Token development and ICO development, as well as technical assistance, marketing, and other services, since they strongly believe in cryptocurrencies as the future of finance. BR Softech will eventually cover everything a client would need, from web design to smart contracts, token sales, Bitcoin mining and wallets, hyperledgers, and more, in addition to providing a clear road map for ICO development.

LimeChain from Bulgaria specializes in private and public blockchain, centralized applications, smart contract development, and ICO services, with a focus on the crowd sale side. Their focus is on the fundraising potential of initial coin offerings (ICOs) as well as practical applications in industries such as real estate, startups, and banking. Successful initiatives for Vaultitude (patents and innovation), Propy (real estate), Iris.ai (science), and LockTrip are among their portfolio (hotel business).

TechnoLoader, based in India, offers ICO development services as well as a variety of software services and blockchain-related concerns. They divide the process into “pre-ICO” and “post-ICO” phases, focusing on one aspect at a time — preparation and then deployment.

All major cryptocurrencies, including Bitcoin, Litecoin, Ethereum, Ripple, Zcash, Monero, Dogcoin, Dash, and others, are supported by wallet integration. Clients can trade or buy coins directly from TechnoLoader, depending on the type of platform they require during the ICO development phase. You can seek a free consultation before getting started.

This team is entirely focused on all things blockchain, which includes ICO development, design, and launch, as the name suggests. They emphasize the importance of decentralized currency in their work, and their mindset is similar to that of Bitcoin. Customers can acquire coin launch, coin distribution, trading platforms, or marketing services as part of an initial coin offering to increase the token’s value.

Pharos is a tiny powerhouse of developers and marketers interested about finance, mobile apps, and blockchain technologies, with operations in the United States, Lithuania, and Ukraine. Their ICO is built on Ethereum, which they claim is more flexible than Bitcoin when it comes to token production. They have it all: Ethereum and Neo smart contracts, ICO launch services, hyperledgers, cryptocurrency exchange platforms…

Unlike other ICO development businesses, their path to the ultimate ICO launch depicts all of the stages in detail, or “baby milestones,” as they call them. Epixel also took the time to thoroughly explain what ICO development entails, as well as the benefits and sectors that may benefit from it. As a result, the ICO plan includes:

One of the peer-to-peer payment systems in their portfolio is Green Shilling. It is a cryptocurrency linked to environmental initiatives aimed at preserving the environment. It is based on the public ledger, which, according to the founders, does not belong to any one person; rather, it belongs to all of its users worldwide.

Not just ICO development, but all software-related services for mid-size and large businesses, such as digital product creation and launch. Blockchain has recently become a top priority for them. Why did we pick this team as one of the best ICO development firms? LeewayHertz, for example, launched the MyEarthID ICO, coordinated their marketing campaign, and assisted in the completion of a $30 million initial coin offering.

In general, LeewayHertz services may be beneficial to businesses, such as: 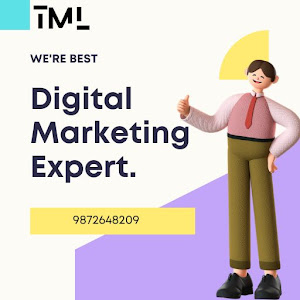